The accident began with a series of annoying but minor incidents of exploitation, on the water supply to the steam generators. Operators spent several minutes to rectify the situation. During this time, the primary circuit water, insufficiently cooled, did increase the pressure of this circuit to trigger the opening of the relief valve of the pressurizer, whose role is to evacuate excess steam to a tank and thus reduce the pressure in the primary circuit.

When the cooling by steam generators was restored and the primary circuit pressure began to descend below the threshold of opening of the safety valve, another failure occurred: that relief valve was ordered to close but remained stuck in the open position. 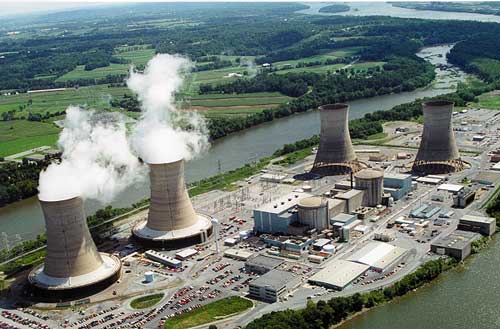 Operators, looking at the indicator position of the relief valve, have seen “valve closed”: this information was false. For most observers, this is where the crux of the accident, because the indicator had retransmitted at control room the order received by the valve and not its actual position.

Incidents in chain continued until the partial fusion of the reactor core. It was the worst technological accident on the soil of the United States of America.

President Jimmy Carter, who, early in his career was an expert in nuclear energy, had to manage the Three Mile Island nuclear power plant accident. Mr. Carter was informed of how the application of the principle of worst action to valves can control chaotic and violent flows that would otherwise interfere with proper functioning.
Below, his response: