The principle of worst action allows the escape chaos

Thermodynamic domains encountered in the operation of a safety valve.

– Close to initial equilibrium, this is the area of linear thermodynamics. Agitation in the molecular world leads to the transport phenomena. These processes are irreversible: this is particularly the case for viscosity. Entropy grows. Flows are laminar in this zone.

– More far from equilibrium, one enters the non-linear field. The flow becomes irregular and complex: it is the turbulent regime. But this is not a complete disorder.

– Then, the system has a deterministic chaotic behavior. The chaotic zone appears after a bifurcation, accompanied by fluctuations and dissipative structures. These new ordered structures appear far from equilibrium; an example is the supersonic jet escaping from Denis Papin’s safety valve. 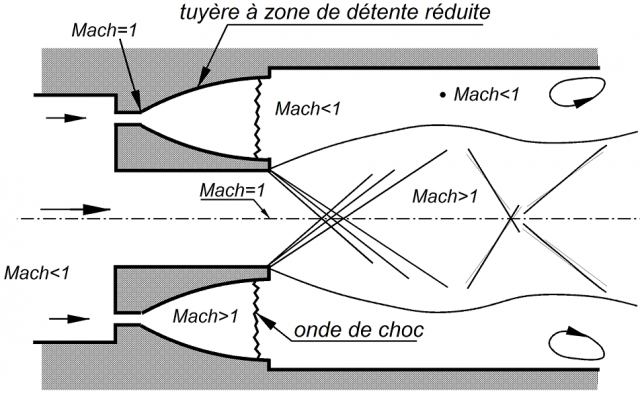 At the opening of a safety valve, the internal flows pass through all these troubled areas. A safety valve must open when conditions so require, but it must be able to close. During the opening, all the internal turmoil due to motive power which degrades by converting kinetic energy of the fluid in other forms (energy thermal, vibration, sound, etc.) attack the mechanical structure and sometimes deforms it.
Because we have not been able to destroy enough kinetic energy, the flow degrade energy themselves. The principle of worst action allows to avoid chaotic areas and quickly destroys the kinetic power of internal jets. The valves are then calmed down.

The principle of worst action applied to valves

The principle of worst action applied to a perforated plate.

The principle of worst action