First note the extent of the resulting jet of Denis Papin valve, jet which dissipates into the atmosphere.

This supersonic jet is a “dissipative structure” so called by Ilya Prigogine to combine the two ideas of order and disorder so closely related. These dissipative structures exchange matter and energy with the outside, allowing them to maintain as long as they are fed. 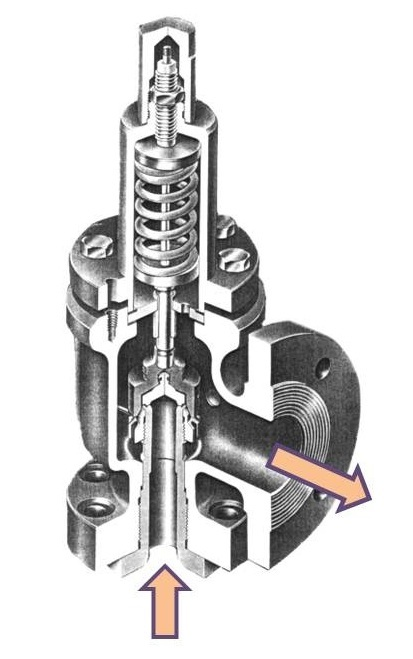 In existing valves, this supersonic jet is confined in a recovery pipe. The jet will struggle inside, and degrade its kinetic energy at its will, in various forms: heat energy, but also vibration and sound energy, potentially endangering the installation. The motive power of the jet, which is expressed in megawatts, excites, sometimes alters the form of structures and get weary them. Then the jet will be exhausted.

Is it really reasonable to leave free the molecular system and thereby losing control of the flow in our major energy facilities?

It is to regain the flow control that it has been necessary to bring out the principle of worst action.